SJPPNS has helped children learn through play for over 65 years. Run by parents & experienced teachers, children develop a love for a lifetime of learning.

At SJPPNS, we believe in the individuality of children. Play is the work of young children and, through a play-based curriculum, parents and teachers facilitate their social, cognitive and physical growth in a safe, trusting environment. Building each child's self esteem and autonomy is central to our philosophy and is basic to a child's social and academic success. Our teachers and parents, through gentle persuasion and encouragement, introduce children to new experiences for them to explore, problem solve and discover. SJPPNS prepares children to embark on their life-long journey of learning.

NAEYC Accredited Music Together Preschool Program Applications are accepted from the general public (new families) from February 1st through 28th. All applications received during this time period are weighted equally. If we have more applications than spaces available in class, a lottery is held to fill those spaces and a waiting list is established. Applications received after March 1st will be equally weighted on a daily basis. FAQs available at: http://sanjoseparents.org 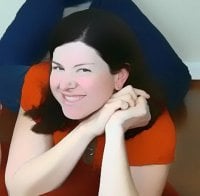 San Jose Parents has been absolutely foundational in the educational and social development of my daughter who will be headed off to kindergarten next year.... Read more 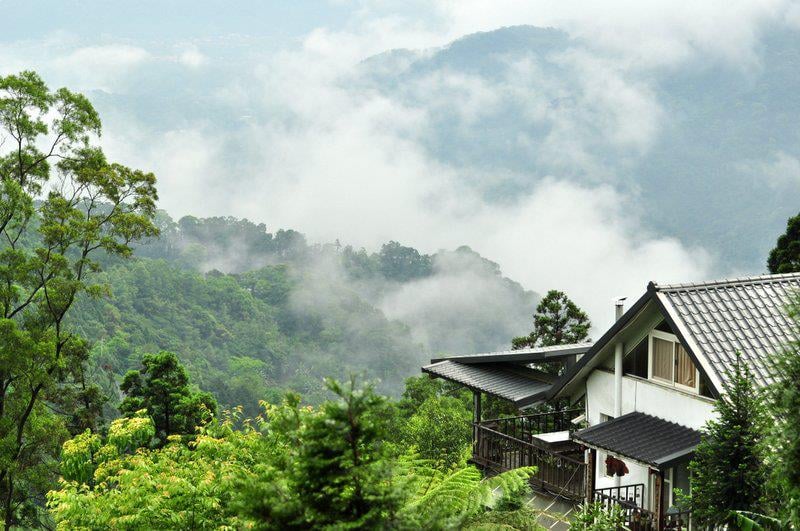 We didn't realize how lucky we were when we chose this one among several admissions. The reason was only because my son told us he felt comfortable when... Read more 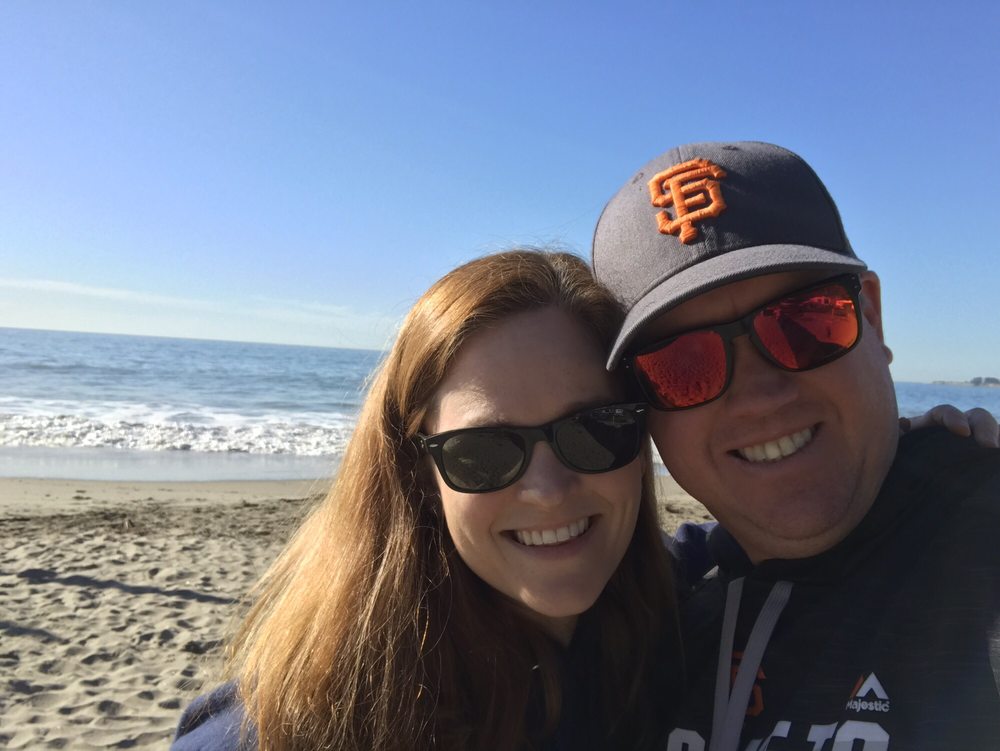 This our second year at SJPPNS, and I'm so glad we chose this amazing co-op preschool! I love the focus on play-based education; it has been perfect for my... Read more

336 Facebook users were in San Jose Parents Participating Nursery School (SJPPNS). It's a 16 position in Popularity Rating for companies in School category in San Jose, California


At Urban Barber College, you will realize your dreams and work as a Barber professional almost anywhere in the world.


West Valley Dance Company is proud to offer dance instruction along with competitive and performance opportunities to the greater bay area.


Abraham Lincoln High School is a high school in the San Jose Unified School District. It is a magnet school for "Academic, Visual, and Performing Arts" (AVPA). The current principal is Matthew Hewitson.ActivitiesAbraham Lincoln High School offers various extracurricular activities. Eight Lincoln Performing Arts teachers along with numerous volunteers are responsible for the drama, dance, and music department. Lincoln is also noted for its Mock Trial team, which is the one of only two California Mock Trial teams to have won the California State Championships twice in a row (the other is La Reina High School). Lincoln Lion Tales, a student-run newspaper, highlights recent events at the school.Performing ArtsThe school has five performing arts programs; Orchestra, Band, Choir, Dance, and Drama. Each department has 3-12 classes and a variety of levels tailored to students at all levels.OrchestraLincoln's orchestral program consists of three ensembles: Intermezzo, string orchestra and the Lincoln High Chamber Orchestra. The orchestral program also has two spinoff groups: Lincoln's mariachi band and the Lincoln Philharmonic Orchestra.BandLincoln has a variety of bands ranging from a classical wind symphony to the Jazz Band. Also, each of the school's musicals features a live "pit band".ChoirThe school's choir program consists of about a half dozen choir classes with levels ranging from beginning to advanced. There are two sub-departments in Lincoln choir - the Jazz groups and the Classical groups. Chamber Chorale (Classical), Vocal Ease (Jazz), and Estetica (Jazz) are the top three groups.

So much fun at the general meeting last night! Thank to everyone who made it possible and those who attended!

Just a reminder that there is no school tomorrow! Have a great day off & the weather will be beautiful!

Hello everyone! This is Laura from one day! I'm taking over the FB page and will be updating it more regularly. Please let me know in the comments or privately what you would like to see other than event updates and school news. I'm very excited to create some online presence for our terrific school and have open communication!

We currently have one open spot in our 3 day class! If any of you know of a family looking for a fabulous co-op experience for their child, please encourage them to apply. This class is for children ages 3 1⁄2 - 4 1⁄2 years by Sept 1, 2014. http://www.sanjoseparents.org/application/

The Willow Glen Founder's Day Parade is tomorrow (Saturday)! Pull out your summer gear and show your support for SJPPNS at the Willow Glen Founder's Day Parade. This year is beach theme so please wear your school shirt, and any/all beach accessories you have! You can decorate your wagons in fun surfboards, bring your pool noodles, beach hats, beach balls, and pails, the list is endless! Parents- Please arrive by 9:45am and meet us in Downtown Willow Glen on Lincoln Ave between Broadway and Lester Ave (we are entry #6). The parade will start at 10:30am sharp on Lincoln Ave at Broadway and will end on Lincoln Ave at Minnesota Ave.

School will be starting soon! Is everyone ready? This Sunday our school welcomes new and returning students with an Ice Cream Social. All enrolled families for the new school year are invited to join us from 2:30-4pm at the school. Come and meet your new classmates, let your children play, and create your own ice cream sundaes with tasty toppings. Hope to see you there!

Thank you to everyone who attended our Fall Festival today, and especially to all of those who made it possible! The whole day was super fun!

Just a quick reminder that we have one open spot in our 3 day class. If you anyone you know is looking for a great co-op opportunity, please encourage them to schedule a tour and apply. http://www.sanjoseparents.org/application/

We're a little more than halfway through the Summer - it's passing by too quickly! We've been meeting up at school playdates and checking out all the fun things that the Bay Area has to offer. Hopefully you have been too. If you're running out of ideas of what to, which parks to go to, or are interested in kid-friendly events here are some sites that might help. They're both also on Facebook. We've found that Silicon Valley Toddler seems to always know what's going on and has great reviews of nearly every park in the South Bay. http://svtoddler.blogspot.com/ For outdoor/nature activities, Kids by Nature has been reviewing local trails and weekend trips in California - all from a family, kid-friendly perspective. http://kidsbynature.blogspot.com/ Hopefully these sites help you get outside and fill up the long days in this short summer.

Just a little reminder that registration forms are due today. Thanks!

The results of the March lottery were mailed out today. So if you submitted your application prior to February 28, you should receive your letter by the end of the next week. Thanks!

Just a little over a week until our Open House! I'm looking forward to meeting new people and sharing our amazing school. This has been a particularly fantastic week, thanks to the creativity of Teacher Sharon, our school's director. The play structure has been transformed into a space ship, the 3 Day class has made "astronaut gear", and the playground is filled with mini moon-walkers. This is just one example of the creative play that happens at our school. We'll be happy to tell you more at our Open House next Saturday, February 7, from 10am-12pm. For more information about our open house, including opportunities to visit the classes while in session, please check out our website. http://sanjoseparents.org/open-house